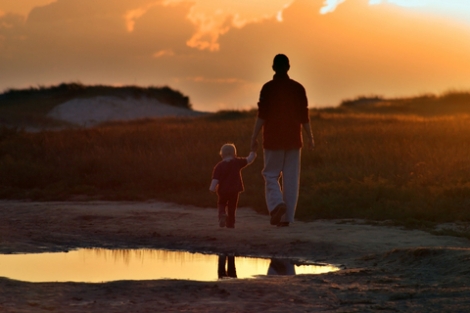 There is something about Moon-Pluto aspects in family synastry that can produce plenty of challenges to all concerned. My mother-in-law who has her Cancer Moon conjunct Pluto visited recently and spent a couple of nights with us. It had been several years since we’d seen her because she lives in another state and doesn’t travel much anymore. It has also been years since we spent more than a few hours in her company . . . a good rule in this case.

When we were first married, my MIL would announce she was coming to stay with us for several days with no consideration for our schedules. I put an end to that when I wrote her a letter stating in no uncertain terms this wouldn’t fly and she had to ASK if we had time for company. Over the years our visits had devolved to meeting for dinner at a local restaurant . . . just about the right amount of time for our point of view.

My Libra Moon is sextile Pluto in Leo and my husband’s Aries Moon is trine Pluto, manageable most of the time as we both have Saturn aspects to our Moons. His Saturn opposes his Moon and mine is sextile. Saturn is good at boundaries and helps keep Pluto’s tendency to obsess over every little thing in check. Plus Pluto sextiles and trines don’t ride the Moon as hard as the conjunction or square. We can take a step back more easily, allowing for some awareness to filter in that we might have gone a little too far.

After her visit this time I looked at our charts and spotted the pattern causing all of us so much stress: A cardinal Grand Square created by her Moon-Pluto in Cancer opposition to Saturn-Mercury in Capricorn squaring our Moon in Libra-Moon in Aries opposition. Cardinal signs about guarantee it is actions we take and the Moons suggest those actions are of the habitual, daily routine sort. No wonder it feels like she is always right under foot demanding attention when she is in our home!

Another disruptive aspect is a T-Square with her Uranus in Aries conjunct my husband’s Moon and opposing mine with her Jupiter in Cancer at the apex. She has given us many rather expensive gifts for our home over the years that we either don’t need or don’t like. We’ve attempted to make suggestions ahead of time but those tend to fall on deaf ears. Yeah . . . Uranus in Aries, Mr. “My way or the highway”. I get the feeling those times over the next couple of years when the Uranus-Pluto square hits our Moons, she’s going to be involved one way or another. *sigh*

I still feel the best way to learn to live with Moon-Pluto natal aspects is to acknowledge the obsessions and emotional baggage those bring into our lives. And again, I suggest reading both Donna C’s excellent book on Pluto and Judy Hall’s Hades Moon to get some insights in living with them. As for my mother-in-law, I feel sorrow for her but also acknowledge her complete state of denial. At 80 something it is exceedingly unlikely this will change. I can only continue to deal with my own baggage and pry my fingers off one obsession at a time.

14 responses to “Observations: A Sad Moon-Pluto Tale of Family Synastry”