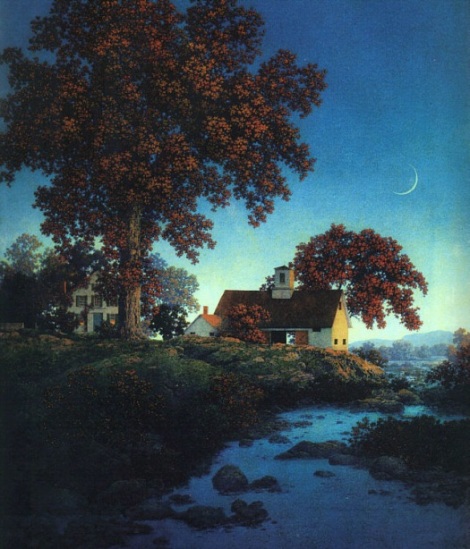 It seems like the Universe is calling for a time out from all the angst and intensity we have had to deal with on recent lunations for this New Moon at 07° 21′ Gemini, 28 May 2014 11:40 AM PDT. There will be no serious, heart wrenching discussions allowed, thanks to a sweet sextile between Mercury in Gemini and Venus in Aries.

For those who want to put on their rose-colored glasses, Neptune in Pisces squaring the New Moon ought to do the trick. Quick witted Gemini will happily divert all those unpleasant topics by tossing out laughter inducing quips right and left. This looks to be a temporary state of affairs so enjoy this moment while you can.

It is worth noting both Mercury in Gemini and Venus in Aries are at 29° and both will be changing signs shortly after the New Moon. Mercury will enter Cancer early the following morning and Venus enters Taurus later the same day. Both planets changing signs so quickly may produce a decided “thunk” in the ethers, going from forthright, articulate Aries and Gemini to reserved Cancer and pragmatic Taurus. One day we’ll be chatting up a storm and the next we could run into a wall of silence.

A more upbeat Mars in Libra is nicely trine the New Moon, opening the door to discussions on effective ways to improve our relationships, both personal and business. All partnerships can benefit from open, honest dialogue and this is a great time to initiate those. The only problem may be Neptune in Pisces as it squares the luminaries and is inconjunct Mars. Neptune never met a problem it was willing to meet head on, far preferring to dive into a state of denial. Please ignore Neptune if you can.

The quietly optimistic trine between Jupiter in Cancer and Saturn in Scorpio is still in effect though it is beginning to wane by the New Moon. It does take conscious effort to make the most of this aspect because trines seldom draw attention to themselves. Saturn is great at making things happen in the real world while Jupiter provides the inspiration and a can do attitude. If you have personal planets or Angles at 18° – 19° in the fixed signs (Taurus, Leo, Scorpio and Aquarius), you have a better chance than most at being able to utilize this positive influence.

By this lunation, the square between Uranus in Aries and Pluto in Capricorn is gradually pulling apart though it is still creating a feeling of dissonance in the atmosphere. The next exact square won’t occur until December 15 and that’s a ways away yet. Thankfully the Grand Cross of April is completely dissolved. Don’t miss that one AT ALL!!

Celebrate the Gemini New Moon with a neighborhood get together. Invite a few close friends along and enjoy some laughs. It is also a perfect time to do some brainstorming as long as we keep an open mind about doing some serious revisions later. Please avoid the Neptune inspired trap of over-committing yourself to a variety of worthy causes or carrying flirtations with too many potential lovers . . . the ensuing problems should be obvious. 😀

On a personal note: Like the rest of my friends who have 29° Suns in fire and air signs, I am looking forward to the kisses from the Venus-Mercury sextile at 29°. *waves* We may be very busy joyously catching up with friends. Lovely thought.

My vote for least pleasant ongoing transit is Uranus in Aries opposing my Libra Moon. My daily routines are completely undone and the occasional emotional jolt isn’t helping either. This particular transit will be waxing and waning for months to come with the final big jolt next March when the last Uranus-Pluto square will embrace my poor Moon. All the more reason to enjoy the bright spots as they go by!