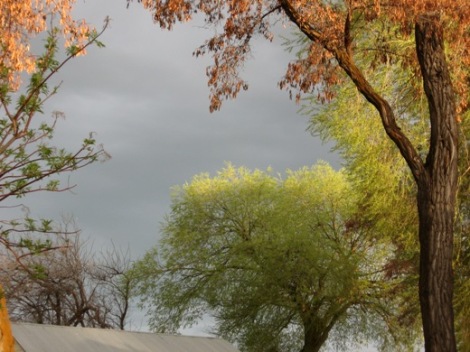 This is the final week of Aries Season and it brings hints of the changes to come. Mercury leaves brash Aries for sensible Taurus on Tuesday which is bound to reduce rhetorical volume because Mercury in Taurus is not all that interested in fiery speeches. Now a conversation about what to plant in your vegetable garden this year would be a different matter.

Mercury is inconjunct Saturn in Sagittarius on Thursday. Taurus and Sagittarius have to work hard to find something in common, so this may lead to disjointed conversations going nowhere. A more creative aspect is the sextile between Mercury in Taurus and Neptune in Pisces on Sunday. Physical expressions of creativity like dance and sculpture bloom under this influence.

This is the first week Venus is in playful Gemini and she won’t have an easy time of it between an opposition to Saturn in Sagittarius April 14-15 and a square to Neptune in Pisces on the weekend. The first aspect sets boundaries and the second removes them. Talk about your mixed messages!

Pluto in Capricorn finally stations retrograde on Thursday at 15° 32′. From this point forward Uranus in Aries will pull away rather quickly, loosening the bonds of the Uranus-Pluto square. Dealing with only one of these two bad boys by transit is more than enough. The past few years when they teamed up were a very tough go.

Jupiter in Leo comes back in the picture via a square to Mars in Taurus at 12°. Those who have personal planets between 11° to 13° in the fixed signs (Taurus, Leo, Scorpio and Aquarius) could find themselves in a pickle. Living within our means and practicing moderation are highly recommended this weekend. Another downside is if tempers are lost, the cooling down period could take much longer. Mars in Taurus doesn’t anger easily but once it does the Bull stays mad a long time.

By the way, we have another of those late degree New Moons this Saturday and this time it is in Aries. Funny thing about this Aries New Moon is how strong the Taurus presence is. Early Monday is when the Sun rolls into Taurus and Aries season is officially over for another year.

The lunar journey this week starts in detached airy Aquarius on Monday before slipping into Pisces’ waters on Tuesday. It will arrive in Aries Thursday afternoon heading towards the New Moon Saturday morning. Saturday afternoon the Moon enters Taurus where the Sun will join her early Monday morning. Late Friday is this week’s Cardinal Moon encounter with Uranus and Pluto. Saturday evening and Sunday look good for family gatherings and social activities in general.