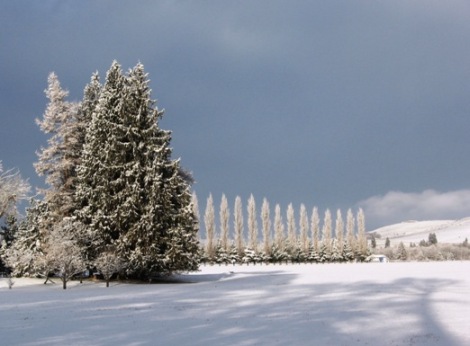 The week gets off to a bold, fresh start with the Sagittarius Sun squaring Jupiter in Virgo on Monday. Middle ground could be hard to find because the tendency will be to go to the extremes and view life with great optimism or deep pessimism. It’s a good thing sensible Mercury in Capricorn is sextile Neptune in Pisces the same day, a highly creative aspect which is both kind and realistic.

It will be Thursday before there is another important aspect and then it will be a lovely sextile between Venus in Scorpio and Pluto in Capricorn. I like this one for making informed choices regarding financial matters or matters of the heart. Passion is tempered with reason as well as respect for the proprieties.

An unsettling inconjunct between Venus in Scorpio and Uranus in Aries on Friday evening could create friction between lovers. Aries and Scorpio have very different priorities when it comes to relationships. Aries gets bored without a challenge while Scorpio is happiest in a committed, consistent relationship. Uranus exacerbates the situation because it heightens the need to feel free to do whatever, whenever. I wouldn’t recommend getting married with this aspect in the marriage chart. Think about it. 🙂

Mercury conjoins Pluto in Capricorn Saturday and will square Uranus in Aries late Sunday and we could end up rehashing issues brought to the surface last week. Serious conversations could take a nasty turn unless all parties establish rules ahead of time to agree to disagree. Did I mention this being a poor weekend for a wedding? Imagine the quarrels that could break out between various family members with Mercury under siege by both Pluto and Uranus with the Aries Moon demanding action.

The Moon completes her journey through the zodiac wheel this week and starts all over again. On Monday she adds more air and brings the elements into balance in cool, clear thinking Aquarius. Her time in the eleventh sign is generally quiet with only a minor bump on Monday night when she squares Venus in Scorpio.

After spending the night void-of-course, the Moon slides into watery Pisces Wednesday morning and hardly makes a splash as she heads towards a late night conjunction with Neptune. Thursday is another day of flowing lunar aspects when the Pisces Moon is sextile the Capricorn planets and trine Venus in Scorpio. A challenging square to the Sagittarius Moon Friday morning marks the beginning of a relatively brief void-of-course period before the Moon returns to her starting point in Aries that afternoon. Friday night’s atmosphere is more favorable for date night than any time Saturday.

Saturday and Sunday the Aries Moon jumps into the middle of Mercury in Capricorn conjoining Pluto and squaring Uranus. Arguments can erupt out of nowhere and get very hot very fast. Logic and reason can go right out the window when feelings are running high. The storminess will be worst Saturday with gradual calm returning on Sunday. The Moon shifting into easy going Taurus late Sunday afternoon will bring even more relief. This is an excellent weekend to practice tolerance, kindness and patience.

This is the last week of Sagittarius Season and on Monday, December 21, it will be the Winter Solstice once more (Summer Solstice in the southern latitudes). With the exception of the weekend, this week promises to be calmer and more orderly than the last one. All you fire folk out there soak up the last bit of fiery goodness now because it will be March before we see much fire again. Have a safe week and enjoy some holiday fun.