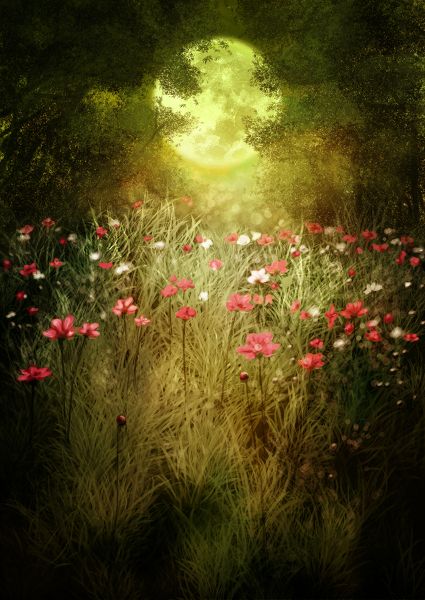 We see the changing of the guard this week from fire to earth as the Sun exits Aries and enters Taurus on Tuesday. While the earth planets benefit from having Neptune in watery Pisces to sustain them, there are no planets in air to feed the fire planets. Since Mercury is already in Taurus having the Sun there gives us four planets in earth and a clear change in pacing. Aries is always pressing us to hurry, hurry while Taurus does just the opposite. Personally, I happen to love Taurus Season because where I live the countryside turns lush and green. I also enjoy the slow but steady pace Taurus likes to take. It’s quite refreshing after the Aries scramble.

There are a couple of concerns this week we need to pay attention to. First off, both Mars in Sagittarius and Pluto in Capricorn are now retrograde. Mars made the turn on Sunday and Pluto on Monday. This leads me to believe those who rushed to judgment over the past few months are very likely to run up against some unpleasant realities. Those who failed to do their homework about a person or a situation may be forced (Pluto) to admit they made a mistake. Opportunities to say “I told you so” are bound to crop up . . . and if we’re big enough people, we’ll make the supreme effort not to say it!

Venus in Aries is under fire this week with only some assistance from Saturn in Sagittarius. We’re basically repeating the same aspects the Aries Sun made a couple of weeks ago. Saturn in Sagittarius will be trine Venus on Monday, Pluto in Capricorn will square her on Tuesday and she will conjoin Uranus in Aries on Friday. If we can hear what Saturn has to say about careful use of resources, or why loving someone dependable has everything right about instead of chasing after excitement, all should end well. However, Venus will not appreciate Pluto’s overbearing need for control, and when Uranus comes along to urge her to follow her whims, she could end up making some bad choices. This is not the best time to make major purchases or take up with a new lover you hardly know anything about. We have Mercury retrograde in Taurus coming up on April 28 and that will definitely give us a chance to review our options.

TheFull Moon in Scorpio on April 21-22 (Thursday or Friday) distills the aspects taking place over the course of the week and firmly reminds us fire is taking a back seat to earth and water now. Use this Full Moon to celebrate the richness of life we can experience through our physical senses. This is a great time to work on being fully present in the moment.

The Virgo Moon blesses us on Monday with a sweet Grand Trine in earth when she joins hands with Mercury in Taurus and Pluto in Capricorn. Even though she goes void-of-course first thing in the morning following her trine to Mercury, we can still benefit from all that earthy goodness and willingness to make order out of our usual Monday chaos.

Tuesday morning starts off with the Moon’s entrance into Libra, giving us some much needed air. The Libra Moon works hard to make sure everyone gets a fair hearing from an objective point of view.

Late Tuesday night the Moon is sextile Mars in Sagittarius and by midday on Wednesday, she gains supports from a sextile to Saturn in Sagittarius. She’ll need it because that afternoon and evening she’ll have to deal with a square to Pluto and an opposition to Venus in Aries (the Moon-Uranus opposition occurs overnight, marking the beginning of a void-of-course period). Draw on the Libra Moon’s ability to see both sides of an issue to handle all the mixed messages swirling about the atmosphere on Wednesday.

Thursday the Libra Moon is void-of-course most of the day and that will allow for a breathing space before the Moon enters Scorpio that evening. The Full Moon in Scorpio occurs in the dark of the night, very fitting for this reserved, intense Moon.

From the Scorpio Moon’s perspective Friday looks very good indeed with a gentle trine to Neptune in Pisces late afternoon and a friendly sextile to Jupiter in Virgo that evening. Those who work behind the scenes ought to get plenty done before the weekend . . . as long as they avoid getting caught up in the drama of Venus conjoining Uranus in fiery Aries.

After some of the exciting weekends we had recently during Aries Season, this one looks pretty quiet. The Scorpio Moon on Saturday continues to maintain a low profile with an opposition to Mercury in Taurus during the afternoon marking the beginning of a void-of-course lasting until early Sunday morning.

Sunday starts off with the Moon in Sagittarius who will make no aspects until she meets up with retrograde Mars in Sagittarius that night. There is nothing Sagittarius enjoys more than spending time in the natural world, and with the Sun in nature loving Taurus, it’s a good time to head outside, take in the sights and experience the heady fragrance of all the lovely flowers in bloom.

Even with the turmoil Venus in Aries creates this week, the pace may turn out to be slower than we might anticipate. Mars and Pluto are both going to be at a standstill and the Taurus Sun never hurried anywhere ever. Since Mercury in Taurus begins to slow down at the end of the week in preparation for stationing retrograde next week, communications in general are not going to move that quickly. For those who typically rush about at a high rate of speed, this next week could be quite frustrating. However if you need less hustle and bustle, it will probably be more to your liking. We’ll see!