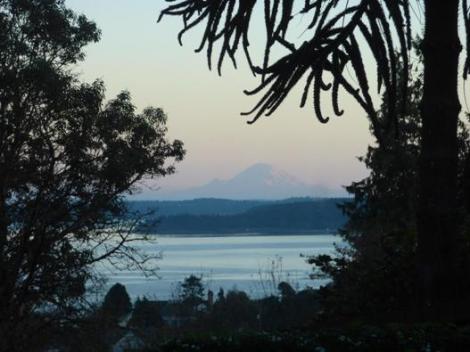 We have a busy sky this week starting off with a New Moon in Cancer on Monday. There are plenty of aspects but only two planets are the troublemakers, and those are the ones in fire signs – Saturn in Sagittarius and Uranus in Aries. If we can keep our cool and not indulge in temper tantrums, we’ll be good. Besides, all the water and earth energy is probably going to put out any fires in short order.

The most intense cardinal conflict takes place on Thursday when the Sun-Mercury conjunction in Cancer opposes Pluto in Capricorn while Venus in Cancer squares Uranus in Aries. This may cause a brief resurgence of old, painful but familiar concerns from the cardinal crunch years. Perhaps we can take one more step in working to finally resolve these matters one way or another. Security issues, family squabbles, old lovers unexpectedly showing up to cause trouble are all possible. It is important to note the Sun and Mercury are at 16° Cancer and Venus is 23° Cancer, far enough apart they will not be aspecting the same planets in our natal charts even though they might be in the same house. I do get a sense of finality though as in a situation has reached the point of no return. If we ask someone to leave, it will be permanent.

Thankfully most of the other major aspects taking place this week are far more pleasant. Mercury in Cancer does trigger the annoying Saturn-Neptune square Monday and Tuesday, with an inconjunct to Saturn Monday evening and the trine to Neptune early Tuesday morning. A difference in opinion may cause Mercury in Cancer to withdraw into its shell overnight, only to be coaxed out after a sincere apology is offered the following day.

Wednesday is the exact trine between Venus in Cancer and Mars in Scorpio, an excellent aspect for deepening an emotional connection perhaps leading to commitment. These two need no words to communicate their love and passion. Later that day Mercury conjoins the Cancer Sun and our emotions have a powerful effect on our thinking. Any decisions made at this time will likely be based on intuition and gut reactions rather than logic and reason.

On Friday Mercury in Cancer is sextile Jupiter in Virgo. I like this sextile for injecting just the right amount of optimism into our thinking without going overboard. If we’re in the process of developing new plans, this aspect will be very helpful. Saturday night the Cancer Sun takes its turn making a sextile to Jupiter and again we gain from seeing ourselves and others in a more positive light.

One final lovely aspect on Sunday is Mercury in Cancer trine Mars in Scorpio. This comes just as Mars is about to leave its station degree and bodes well for standing firm on choices made following the Cancer New Moon. The trine leaves room for empathy and tact along with the Scorpio knife.

With the Sun, Mercury and Venus in the Moon’s home sign of Cancer, we may find the Moon playing a larger role than usual now.

Monday is a roller coaster ride of lunar inspired moods with the Cancer Moon flowing from a trine to Neptune in Pisces to an opposition to Pluto in Capricorn in the morning. The afternoon brings an optimistic sextile to Jupiter in Virgo before conjoining Venus in Cancer. During the early evening the Moon will be trine Mars in Scorpio before squaring Uranus in Aries during the night. The square to Uranus marks the beginning of a void-of-course lasting until Tuesday morning. Grab your favorite flotation device and hang on!

Late Tuesday morning the Moon enters fixed, fiery Leo, stabilizing the atmosphere and we can begin to get our work week lined out. The Leo Moon won’t make any aspects until early Wednesday morning, freeing her up to infuse our spirits with bright, cheerful energy. There are a couple of modest bumps in her road on Wednesday but nothing too major. Tuesday and Wednesday look good for being able to go about our business with few distractions, so make good use of those days to whittle down your “to do” list.

Thursday starts off the morning with the Leo Moon trine Uranus in Aries before going void-of-course until late afternoon/early evening. This suggests the Moon will not be in a position to offset the challenges of handling whatever the two cardinal crunch aspects will bring. I would recommend to scheduling important meetings, especially where family matters are concerned, for another day if possible. Things may get a bit tense otherwise. The Moon enters earthy, practical Virgo late Thursday afternoon.

The Virgo Moon is usually good for dealing with daily routine matters but since she will be triggering the Saturn-Neptune square on Friday afternoon, she might be less efficient than usual. Get your end of the week chores done in the morning if you can when the helpful Mercury-Jupiter sextile is strongest.

Now the weekend looks halfway decent! Saturday might be better for getting household chores out of the way while the Moon is still in industrious Virgo aspecting the Cancer planets. She will go void-of-course late Saturday evening following a sextile to Venus in Cancer. Sunday morning the Moon shifts into social Libra where she will travel unrestricted until she forms a calming sextile to Saturn in Sagittarius Sunday night. Spending quality time with your partner or a close friend ought to go well with the Libra Moon adding a touch of air and an interest in sharing.

For the most part this week, we could find our attention directed inwards rather than outwards. The Cancer New Moon is going to give us plenty of food for thought along with a need to start moving ahead in new directions. Figuring out exactly what direction we want to take could be one of the things we’ll be working on this week. This is an excellent time to practice tuning into how we feel about someone or something, rather than depending on our intellect. Be kind, practice patience and pay it forward when you can.