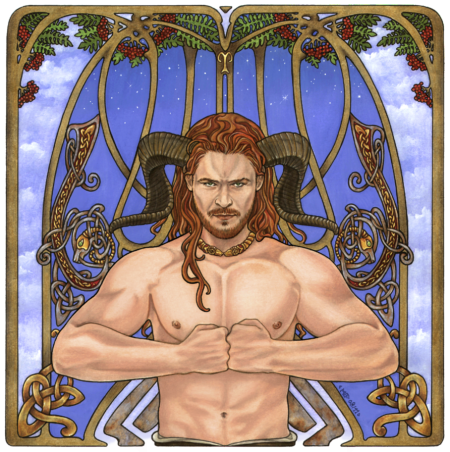 We get the week off to a fiery start with the Aries Moon butting heads with Pluto in Capricorn during the morning, causing tempers to flare. It is a good thing Venus in Leo shows up shortly there after to improve the Moon’s mood and with no other planets interrupting the flow until late afternoon, this should turn out to be a reasonably productive day. A trine to Mercury in Leo during the evening adds an upbeat note to the end of the day. 🌠☾♈🌠

Nothing like having six planets in fire signs to energize the atmosphere! However this also means tempers will flare quickly and disagreements may escalate into fierce arguments. If you are a naturally peaceful sort, step lightly and be discrete. As long as Mars is in Scorpio tempers may not cool as quickly as is usual either.