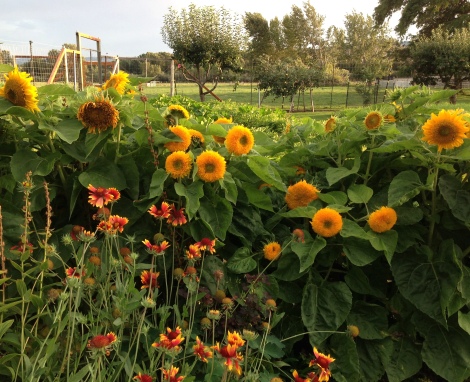 The first part of this week the skies are quiet but the latter half brings more fire action. On Thursday, Mercury returns to Leo and Mars in Leo makes his presence known. What is noteworthy about this celestial activity is it takes place on or within a degree of the New Moon Solar Eclipse in Leo last week. We could see a continuation of what started then or the first indications of what the eclipse is bringing into our lives.

Mercury backs into Leo within six days of stationing direct on September 5 at 28° 25′ Leo. It will conjoin Mars in Leo on Sunday which may result in a burst of fiery, dramatic rhetoric from some. Remember Leo is a fixed sign and as such is not likely to back down . . . right, wrong or otherwise.

Adding more fiery flair is a Mar in Leo-Uranus in Aries trine on Saturday, at 28°. This aspect reflects the Sun-Moon-Uranus trine in the New Moon Solar Eclipse chart and matters set in motion then could make sudden strides forward again.

Monday starts off on the sluggish side thanks to a void-of-course Scorpio Moon and the pace doesn’t pick up until afternoon when the Moon enters dashing Sagittarius. A late afternoon/early evening square between the Sagittarius Moon and retrograde Mercury in Virgo suggests communication issues resulting in hurt feelings. Use the day to patiently work on existing projects rather than attempting to start something new.

For the better part of the day on Tuesday the Sagittarius Moon bops along unaspected, keeping us motivated and moving. By late afternoon/early evening we’ll probably run out oomph when she squares enervating Neptune in Pisces. An evening at home could appeal more than going out.

Wednesday gets off on the right foot when the Sagittarius Moon conjoins Saturn and is sextile upbeat Jupiter in Libra. This adds up to feeling organized and energized at the same time, perfect for getting things accomplished. Late in the day the Moon takes part in a flowing Grand Trine in fire with Mars in Leo and Uranus in Aries. Unlike last night, heading out to meet up with friends sounds like a good time.

When we get up Thursday morning the Moon will have shifted into focused, earthy Capricorn who will prod us to tackle more serious projects. Most of the day the Capricorn Moon will be unaspected but heading towards a trine to the equally practical Virgo Sun in the evening. Don’t let Mercury returning to bombastic Leo distract you today.

A gentle sextile to Neptune in Pisces eases the Capricorn Moon, and us, into Friday’s workload. We might as well buckle down and dig in because when the Moon conjoins Pluto midday, we could be reminded of why we need to clear our desks before the weekend.

The weekend features a void-of-course Capricorn Moon until midday Saturday, followed by the eccentric Aquarius Moon the rest of the weekend. The Capricorn Moon gets tweaked by Uranus in Aries early Saturday morning before she goes void-of-course which might throw us off course briefly. Once the Moon enters Aquarius she will make no aspects until Sunday morning. This favors group activities revolving around some type of community service or going it alone if that’s your preference. Aquarius Moons encourage us to explore what sets us apart from the common herd after all.

Sunday looks somewhat more favorable to going out with your significant other since the Aquarius Moon happily dances with Venus in Leo during the morning. After that she won’t make any more aspects until Monday morning. The slightly detached Aquarius Moon can help us handle the inflammatory rhetoric inspired by retrograde Mercury conjoining Mars in Leo.

The overall pace is going to remain on the sluggish side again this week even though Saturn is now direct. Remember Mercury will be slowing to a crawl by the weekend as it prepares to station direct early next week. The uptick in fixed fire energy over the weekend is very likely going to bring out everyone’s stubborn side . . . great time to practice patience and tolerance. 😀