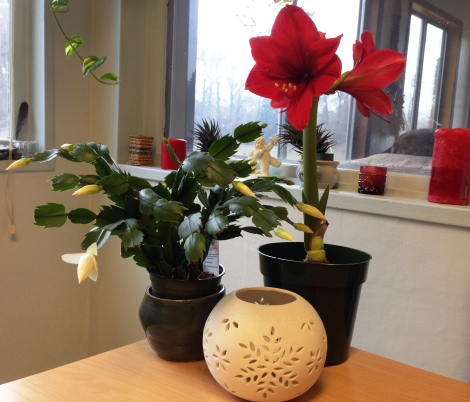 The celestial atmosphere is calmer this week with several harmonious aspects and one planet changing signs. Mars leaves airy Libra for Scorpio on Saturday where he will be much more effective. However that means we’ll be entering a long period when the Moon will be the only body traveling through the air signs and we’ll need to consciously choose to be more objective in our thinking.

Retrograde Mercury in Sagittarius is active this week as it very slowly picks up speed in reverse. On Wednesday Mercury will conjoin Saturn in Sagittarius and be sextile Mars in Libra, both for the second time. For those who need to re-think things, this is a good time to dive in and do serious fact checking. When Mercury in Sagittarius squares Chiron in Pisces for a second time on Sunday, it might provide opportunities to make some much needed apologies, either that or dig ourselves in deeper.

On his way out of Libra, Mars will make a productive sextile to Saturn in Sagittarius on Wednesday. This is a great aspect for putting our intentions into action. Saturn provides practical guidance, something Mars in Libra can use.

Once Mars barrels into powerful Scorpio on Saturday, he gains tenacity and a focus he’s been lacking for quite some time. He also gains allies because Mars in Scorpio understands how to work well with the outer planets in water and earth signs: Jupiter in Scorpio, Neptune in Pisces and Pluto in Capricorn. A matter of fact, pragmatic approach is going to work much better for the foreseeable future so we might as well start practicing it now.

The rose-colored glasses come out on Sunday when Venus in idealistic Sagittarius squares Neptune in hazy Pisces . . . perfect for seeing all sorts of amazing potential in our love interests. The question is whether or not any of it will eventually manifest. Have fun but don’t take anything too seriously.

The Moon takes us on a lunar roller coaster ride this week, something we may notice more than usual because there are fewer discordant aspects to distract us.

The first half of the day on Monday features a busy Gemini Moon. She enjoys a trine to Mars in Libra and then oppositions to Mercury-Saturn in Sagittarius. These aspects will bring out the need to communicate our thoughts. And as long as we keep in mind Gemini’s ruler, Mercury, is retrograde and think before blurting out whatever crosses our minds, we’ll be OK. Once the Moon glides into watery Cancer during the afternoon, it will be even more important to be respectful of other people’s feelings and mind our tongues. It’s a better day to work on existing projects rather than starting something new which will be the case for most of this week.

A sweetly flowing Grand Trine in water with the Cancer Moon, Jupiter in Scorpio and Neptune in Pisces sets the tone on Tuesday. This will help us develop our emotional IQ and become more aware of our own feelings as well as be sensitive to others. A late day opposition between the Cancer Moon and Pluto in Capricorn could bring control issues to the surface, especially where family is concerned.

Wednesday has the busiest sky this week and since the Cancer Moon starts her day creating a Cardinal T-Square with Mars in Libra opposite Uranus in Aries, consider toning it down if you wish to avoid confrontations. After a brief void-of-course, the Moon moves into outgoing Leo Wednesday afternoon and hopefully that will ease tensions. Wednesday evening actually looks favorable for going out to play.

Thursday and Friday brings an uptick in fire energy with the larger than life Leo Moon doing her drama thing. A square between the Leo Moon and Jupiter in Scorpio Thursday midday can precipitate blustery, loud confrontations better suited to the stage than the boardroom. Fire and air signs will probably enjoy the show but don’t count on earth and water folk doing the same.

Friday the Leo Moon forms a Grand Trine in fire with Mercury-Saturn in Sagittarius and Uranus in Aries . . . talk about the potential for blowing things all out of proportion! Pre-holiday celebrations sparkle during the day though by evening when the Moon shifts into quiet Virgo, the energy levels will moderate some.

The mood goes from boisterous on Friday to calmer on Saturday with the Virgo Moon welcoming Mars in Scorpio in the wee hours Saturday morning. Saturday favors working on the practical side of holiday preparations with the Virgo Moon harmonizing with Neptune in Pisces, Jupiter in Scorpio and Pluto in Capricorn. It’s a good time to write that Christmas letter, work on Christmas cards or do some decorating rather than attending social functions. That being said, it is a good time to plan your special holiday gatherings, perhaps on the following weekend.

Sunday finds us torn between continuing to do our routine weekend chores or run off and play. Some of us may have a harder time resisting the temptation to ditch our chores than others. Don’t forget to take time to prepare for the coming work week.

The only real challenge this week is remembering to respect the fact Mercury in Sagittarius is traveling in reverse. Other than that there is enough “feel good” energy available to bring out the holiday spirit . . . maybe a little too much next weekend. It might not be the best atmosphere for being intensely productive at work but that’s OK. Enjoy the lighter vibe for now because once we hit Capricorn Season that’s going to change.